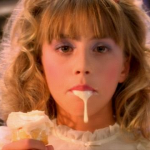 I'm a college grad who planned to graduate in Dec. 2015 but didn't until June 2016. I'm a member of Mythics of Harmonia where I'm Discordian American Princess to the Stars.  I'm also a member of Order of the Cloved Lemon and Order of the Pineapple. And there's also PETA, ACLU, SCA.

At a full moon esbat in July 2018, I became a Priestess in a pagan coven. In late 2019 I got accepted into the Peace Corps, so after I leave won't be able to edit much for a while!

If you want help with anything, ask me or another admin.

These look awful on many mobile devices. OK, including my phone. But don't blame me if you don't have a real computer!

Retrieved from "https://discordia.fandom.com/wiki/User:Miley_Spears?oldid=12772"
Community content is available under CC-BY-SA unless otherwise noted.